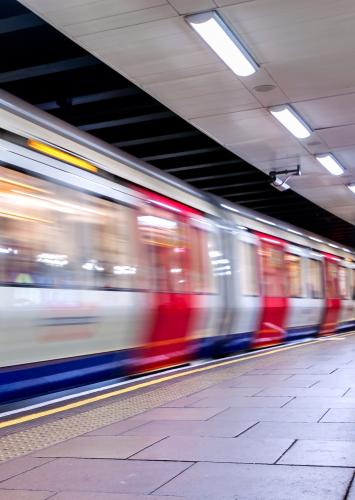 Finn Brennan, ASLEF’s full-time organiser on London Underground, has welcomed the independent report, by Sir Brendan Barber, into the Transport for London pension fund which gives the fund a clean bill of health.

He said: ‘The final report of the independent review of the TfL pension fund, published today, demonstrates that the fund is healthy and well-managed. It is now in surplus which means that there will be a substantial reduction in costs of up to £70 million for TfL this year.’

But Finn warned that if TfL – or the government in any funding deal for transport in the capital – tries to force through changes that impact on our members – stealing their deferred wages, in effect – it will result in industrial action.

Finn said: ‘Commissioning the review was a condition of the funding settlement agreed between the government and the London Mayor. The report makes clear that if changes were to be made to the scheme they could have a huge impact on the income staff receive in retirement that would be neither fair nor sustainable. No specific changes are recommended and primary legislation would almost certainly be needed if TfL seek to make changes without the agreement of members.

‘If TfL or the government try to force through detrimental changes the result will be sustained and hard-hitting industrial action. After decades of public service in a difficult and demanding job, our members deserve to be able to retire with dignity.’

Members meeting at the union’s annual conference in Bournemouth voted today against a motion to disaffiliate.

ASLEF: A fare rise to drive people off the railway

Mick Whelan, general secretary of ASLEF, the train drivers’ union, has blasted as ‘brutal’ the price rise for passengers on Britain’s railway network