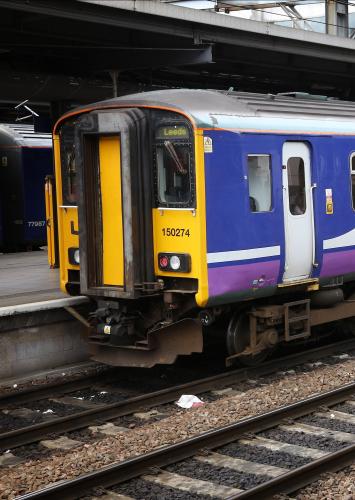 ASLEF, the train drivers’ trade union, has welcomed West Yorkshire Mayor Tracy Brabin’s comments today [Monday 28 March] about Northern Trains’ plans to cut more services from Bradford, Leeds, Hull, Sheffield, Wakefield, and Halifax from May. Tracy, who described the decision as ‘unfathomable’ said she was ‘angry and disappointed’ by the decision to axe trains and is seeking an urgent meeting with Transport Secretary Grant Shapps.

Mick Whelan, ASLEF’s general secretary, said: ‘We agree with Tracy – Northern needs to look at this again. They say it’s a “footfall issue” but that’s utter nonsense. Passenger numbers are rising and, if we get Britain back on its feet, we need to be able to move people and goods around the country.’

Nigel Roebuck, ASLEF’s full-time organiser with responsibility for Northern, said: ‘We’ve had to leave people on the platform because there isn’t enough room, on some services, for everyone to board our trains. Claiming it’s a “footfall issue” is just an excuse for the company to keep running reduced services. That’s no good for passengers, no good for the railway, and no good for the north.’

Nigel added: ‘Northern is trying to blame a lack of drivers but we know that drivers are available, ready to drive the trains, and provide a proper service for passengers. Platform announcements are blaming “a lack of drivers” and that is simply not the case. Anyway, the company needs to employ enough drivers – and do the proper training so they have route knowledge – to deliver the services it has promised.’

The suspicion amongst many in the railway industry is that Northern – like Trans Pennine Express – has been encouraged by the Department for Transport to run fewer services to save a bit of money.

Mick said: ‘We need to increase services – get the timetable back to where it was before the pandemic – if this country is to recover from covid-19. Instead, what we see is an attempt to oversee the managed decline of the railway. Passengers are coming back and they don’t want to wait for up to an hour for a service to get to work, or to school, or to get home.’

Members meeting at the union’s annual conference in Bournemouth voted today against a motion to disaffiliate.