Why Pride is an important protest that still counts 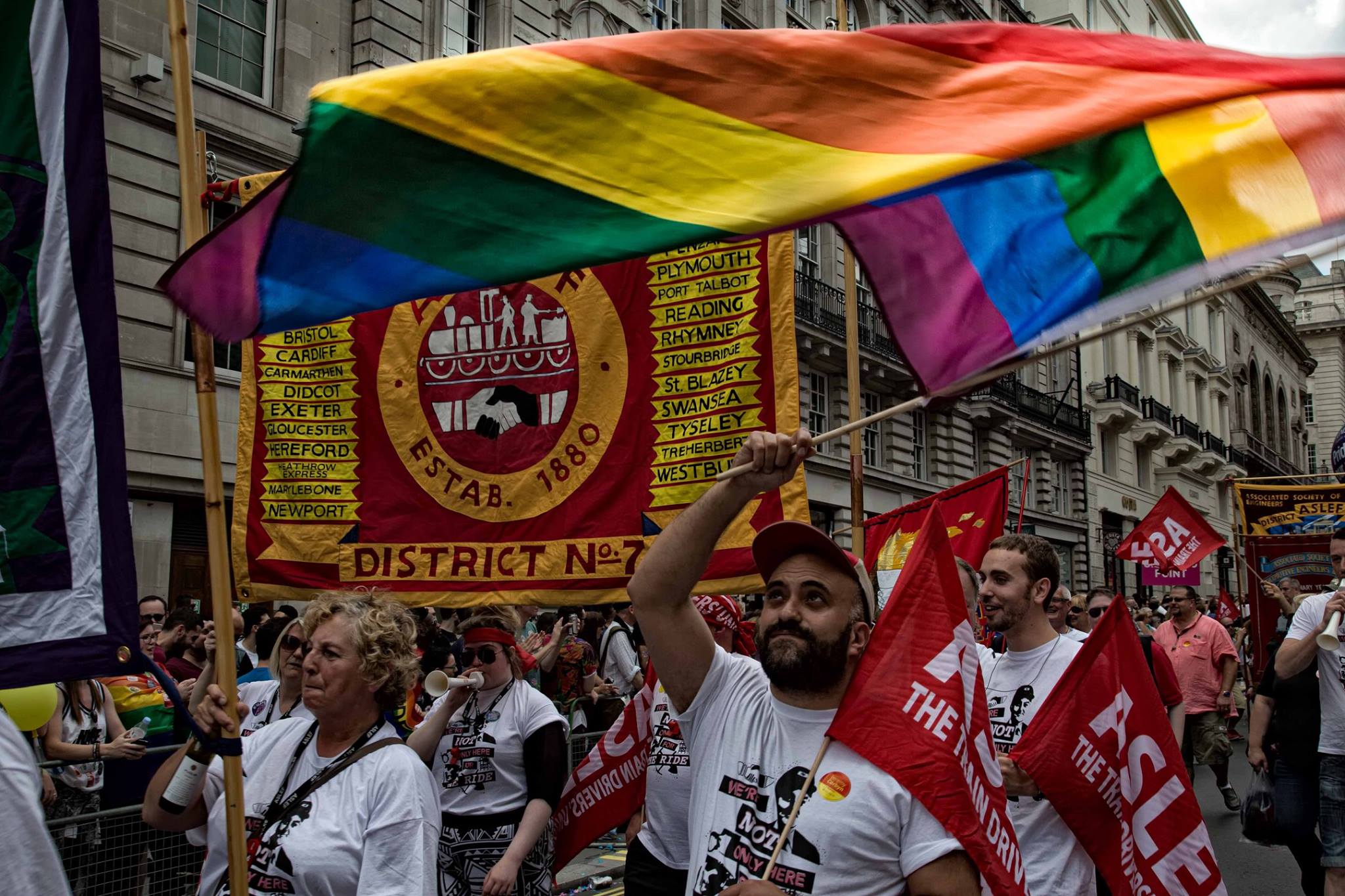 To round off Pride Month, Darran Brown, Secretary of ASLEF's LGBT+ Representative Committee, writes about why Pride still matters:

The Stonewall Riots in 1969 were the catalyst to future protests that become Pride as we know it today. That same year in the November was the first ever Pride in New York, known as the Christopher Street Liberation Day March. Those brave activists marched in protest against a repressive society with discriminatory laws. They marched for self-affirmation, dignity, equality and visibility, opposing social stigma by being visible and being OUT.

"There will be no more pink triangles, no more shame, no more hiding"

London, only two years after the Stonewall Riots, in 1971 held the country's first Pride event, making the first openly visible gay protest event, recognising the importance of those New York riots. They were loosely organised by volunteers who stood recognising that lesbians and gay exist. “We are here and we’re queer” was a much used slogan.

Those early marchers faced much abuse along their route, both verbal and physical, with the police doing very little to stop it. In 1981 the Pride march was moved from London to Huddersfield as an act of solidarity with the Yorkshire gay community, after they claimed of harassment by at the hands of the West Yorkshire Police.

The 80s saw a big change as Pride events became more organised and much less radical, dropping liberation and freedom replacing them with a philosophy of Gay Pride. There was little support from from the wider community, government and business until 1985, when the National Union of Mineworkers turned up on mass to Pride to march along with the lesbians and gays, holding their banners high. This brought a big change in recognition of lesbian and gay rights and raised the issue of equality within the TUC. Equality was now firmly on the agenda and was gathering pace, opposing the draconian policies of the then Conservative government.

Pride now attracts over a 600,000 spectators with many thousands marching and is a visible reminder of the 1969 Stonewall Riots, bring to the forefront that the LGBT+ community will not be oppressed. There will be no more pink triangles, no more shame, no more hiding.

We can see how Pride as a more commercial event and losing its way with so many big corporations and sponsors, however these sponsors bring the LGBT+ to many more communities, to many more individuals and London’s Pride is now, Doncaster’s Pride, Exmouth’s Pride, Preston’s Pride in fact Prides events in many smaller towns and cities, with leaders of nations now standing with the communities, Nicola Sturgeon in Scotland, Justin Trudeau of Canada, Jacinda Arden of New Zealand and many more. This is in stark contrast to Russia, Poland, Uganda and many other countries where violence takes place against the participants.

In 1969 the organisers of the Christopher Street Liberation Day deemed that the last Saturday in June would be an annual event and would be a time of marching for equality, today then Saturday has now become Pride month and still holds as its core the values self-affirmation, dignity, visibility and breaking down social stigma.

Find out more about ASLEF's LGBT+ campaigning and our history of attending pride events on our dedicated Equalities 20 website, charting 20 years of organising for equality.

If you are an ASLEF member and you identify as LGBT+, please let us know by logging in to your Dashboard and updating your equality and diversity information. You can also find out more about ASLEF's LGBT+ Representative Committee here.