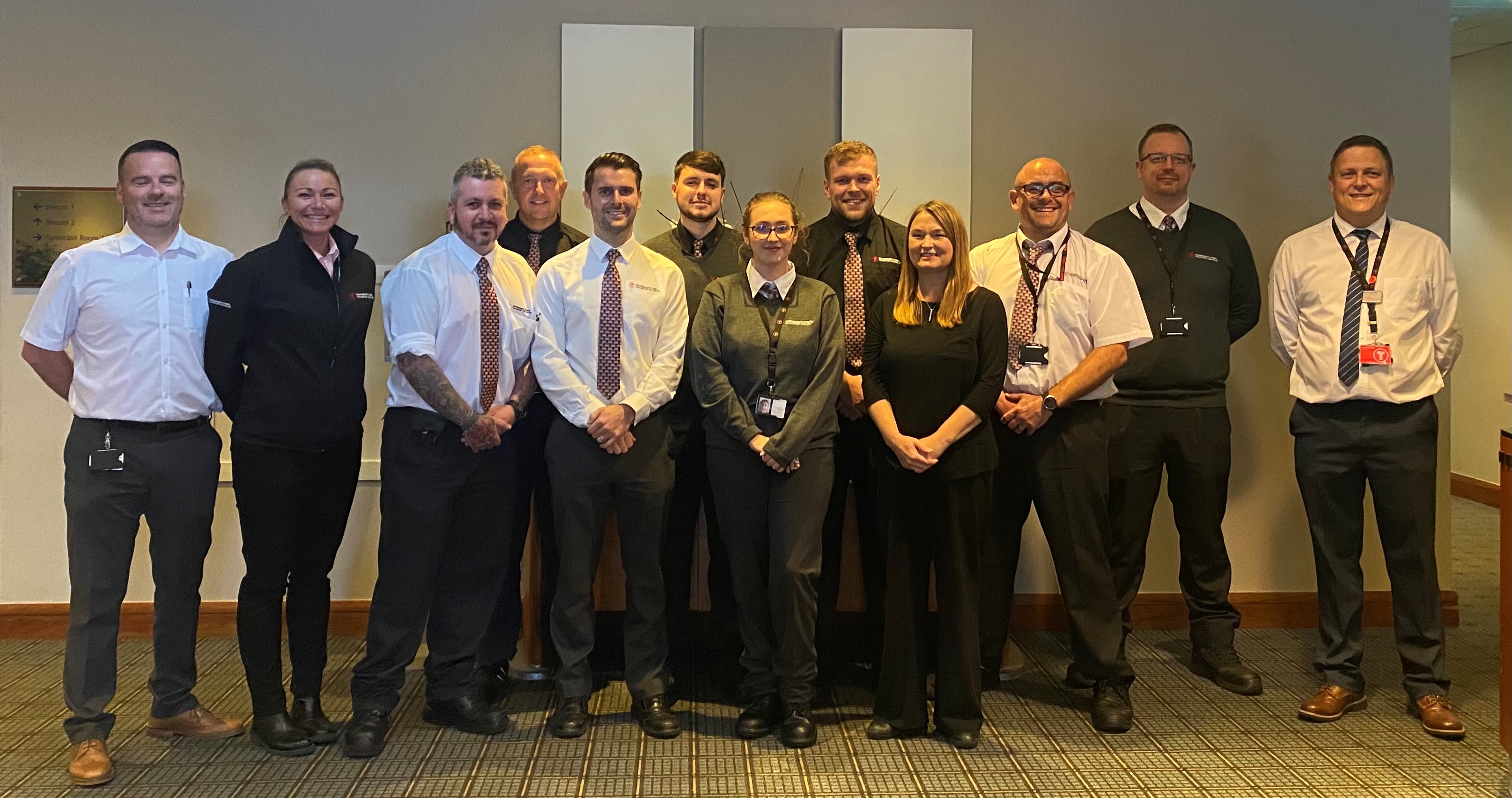 ASLEF has worked with the Welsh Government to launch the first accredited qualification for train driving in Wales.

Transport for Wales' first new apprentices signed up in Cardiff this morning.

"We got approval in February and sign up our first apprentices today!"

Transport for Wales will be recruiting over 100 new drivers every year for the next five years and they'll all get the chance to gain this qualification. It's a huge opportunity for the railway - and future train drivers - in Wales.

Mick Whelan, General Secretary, commented on the launch:
"We are thrilled that the first ever accredited qualification in train driving, in Wales, is, finally, in place. It proves that persistence pays off because this is something that we have been pushing for, for years.

"It’s a great step forward for training, for train drivers, for the railway, and for Wales."

It took two and a half years of hard work to develop the qualification, secure the funding and launch it. Emma Penman, project worker at the ASLEF Education: Learning Partnership Programme and ASLEF rep Ian Thompson worked with Ken Skates MS (former Welsh Government Minister for Economy, Transport & North Wales), Transport for Wales, Coleg y Cymoedd (the apprenticeship provider partner) and EAL, the skills awarding body, to get the qualification up and running.

Emma said the hard work was worth it: "It was agreed, like the English standard, it would be set at a Level 3 and developed under the Welsh apprenticeship framework to included essential skills Level 2 (literacy, numeracy, and ICT) and EAL developed a standalone vocational qualification in train driving called the Level 3 diploma in train driving.

"We got approval in February and sign up our first apprentices today!"

The EAL Level 3 diploma in train driving is made up of these units: qualification manual; qualification specification; preparing personally for duty; communicate effectively; prepare trains for service; operate trains in service; respond to train faults; respond to out of course situations; and provide effective customer service

All new Transport for Wales drivers will be entered onto the new train driver apprenticeship programme. These drivers will get their normal driver training plus communications skills, application of numbers and digital literacy skills Level 2 (equal to GCSE), as well as the Level 3 vocational qualification in train driving.

How to become a train driver

If you are interested in applying to be a new Transport for Wales train driver apprentice, or to start a train driving career elsewhere on the railway, the best thing to do is keep an eye out on the websites of rail operators in your area.