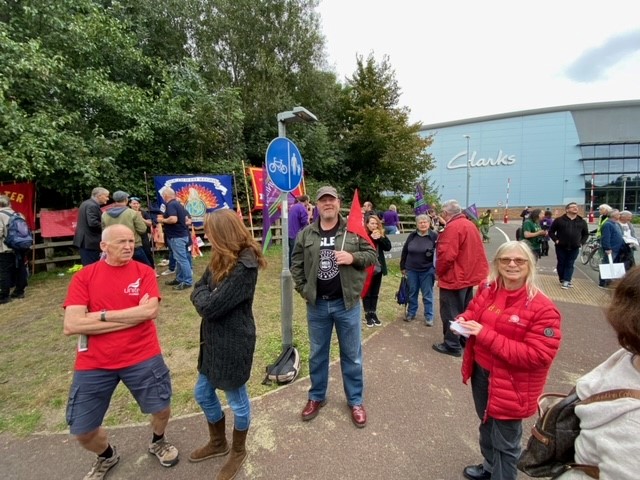 I recently attended a picket line alongside workers from a shoe factory who have taken strike action to defend their pay, terms and conditions. These members of the Community trade union at Clarks in Somerset have been told to sign a contract that reduces their pay and worsens their conditions or face the sack – the most blatant example of ‘fire and rehire’ since the British Gas strike earlier this year.

For decades trades unions have had to deal with anti-trade union legislation that restricts the way we organise and protect our members’ pay and terms and conditions including how we ballot, how we organise, and how we picket. These anti-union laws were introduced largely unopposed – Mrs Thatcher’s laws were not repealed by the Labour government of Tony Blair and now the Trade Union Act (despite the small changes bravely lobbied for on behalf of the TUC) has been implemented without one day of strike action from any trade union.

However, the Clarks workers are in a defiant mood, mainly because they have nothing to lose. One worker I spoke to, a warehouse worker called Francis, said the pay cuts suggested by management will mean that his already meagre pay of £11.16 per hour will be cut by 20%.

These brutal cuts – which the Hong Kong-based private equity firm Lion Rock Capital that took over Clarks in February are trying to impose – would mean that some of his co-workers will lose their home. So they are out on the picket line on ‘all-out strike’ for 24 hours a day every day of the week. 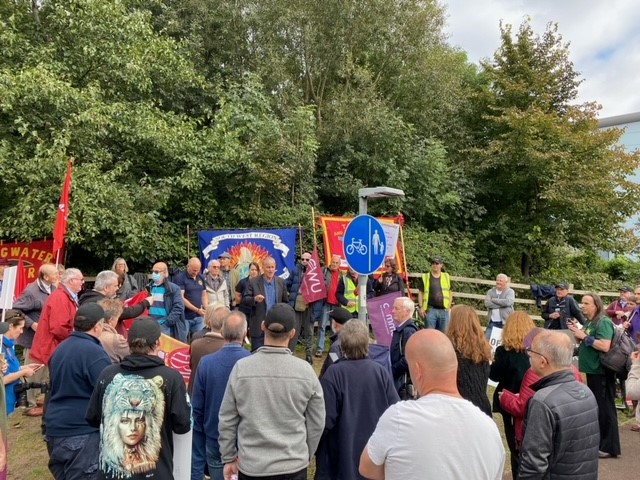 The local trades council has been very supportive and its secretary Dave Chapple joined us on the day. Thanks to his work, thousands of trade unionists are connected throughout the south-west of England and representatives from the FBU, Unite, and Unison, as well as socialist parties, the Labour Party, and the TUC, attended the picket line for a few hours of solidarity action on a Friday afternoon.

Around 100 people attended that day to tell the owners and the government that the Clarks workers are not alone – they are part of the biggest family in this country – the trade union movement, and that a harm to one is a harm to all.

Not only did this solidarity action lift the spirits of the workers on the picket line, it showed that some of these anti-union laws are unenforceable and that, if we stand united, we will never be defeated.

There is, I feel, a new defiant mood within the trade union movement and we should embrace it – all  branches should join their local trades council, and become active members, and get out and support their fellow trade unionists because, after all, one day we ourselves might need their help.