Six Months to Save Our ScotRail 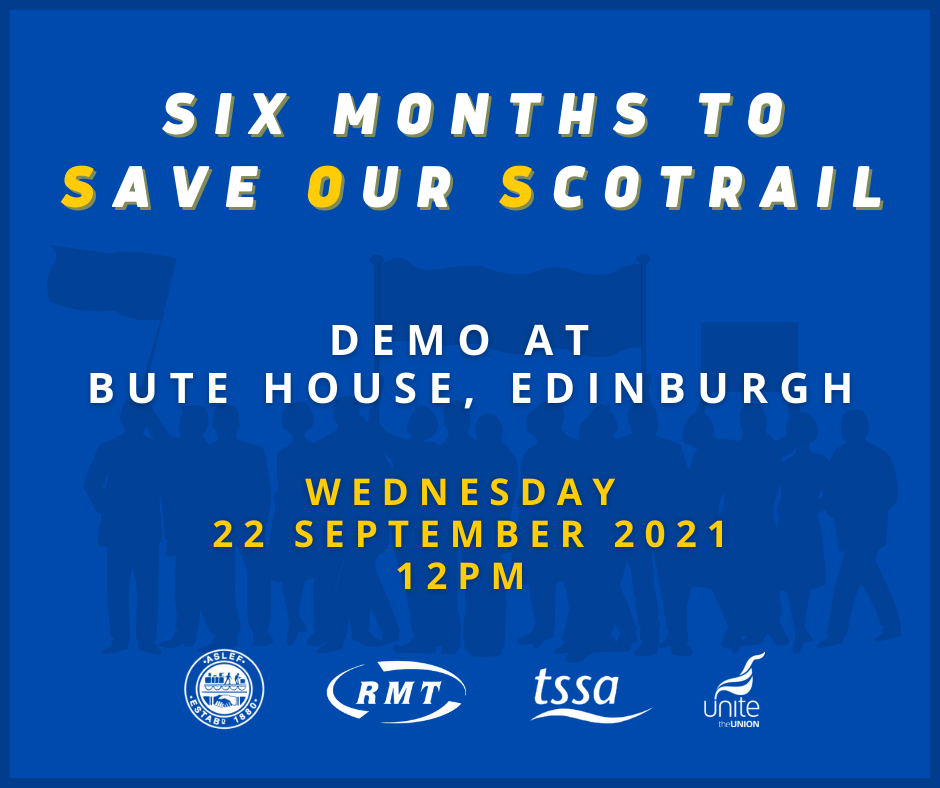 ASLEF and our fellow rail unions in Scotland have called on First Minister Nicola Sturgeon to step in and save services on ScotRail for the people of Scotland.

Today, on World Car-Free Day, union members and supporters will be demonstrating outside the First Minister's residence, Bute House, to protect the future of rail services in Scotland.

"We want to see a modern, clean, green, affordable, and reliable train service that meets the needs of the people, the communities, and the businesses we serve"

The unions have also written a letter to the First Minister requesting a meeting about the future of the service, but have to date received no reply.

ScotRail, together with the Scottish Government, is proposing to cut 300 services a day - that's more than 100,000 trains each year - which will clearly affect passengers and businesses right across Scotland. It's the wrong decision - for passengers, businesses and hard-working ScotRail staff who worked throughout the pandemic to keep key workers and goods moving around the country.

ASLEF is calling on the Scottish Government to restore, and grow, ScotRail services in the wake of the pandemic, not cut them. 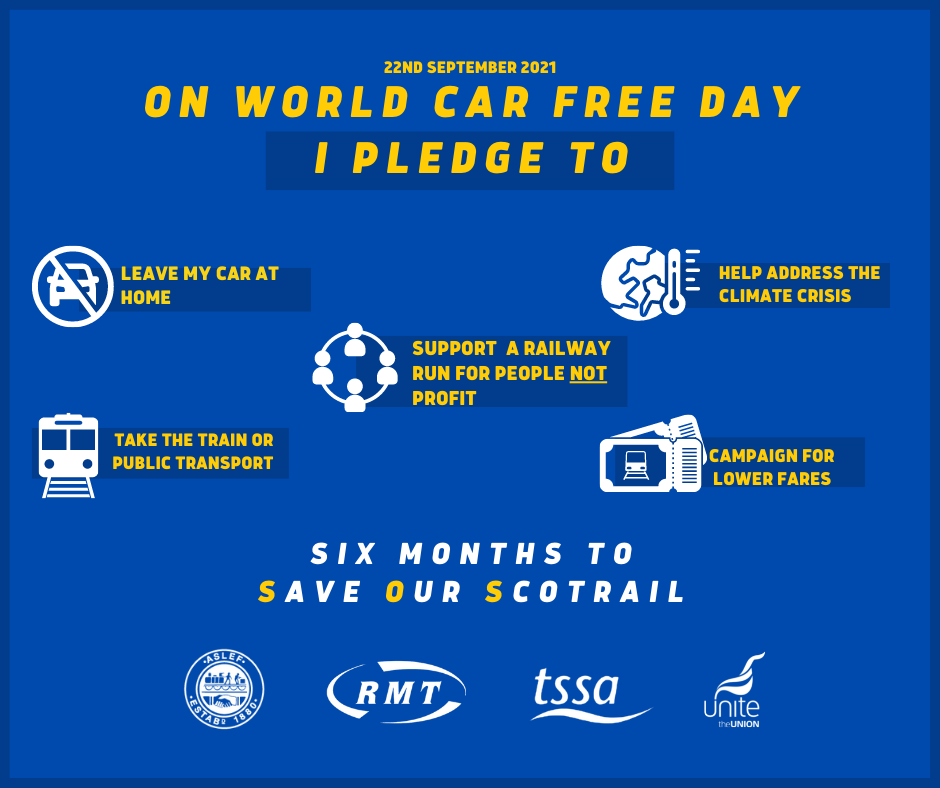 Kevin Lindsay, ASLEF's organiser in Scotland, commented on the demonstration:

"Wednesday is World Car-Free Day and we want to see a modern, clean, green, affordable, and reliable train service that meets the needs of the people, the communities, and the businesses we serve. Abellio ScotRail, aided and abetted by the Scottish Government, wants to slash services - which will affect passengers and businesses - and cut jobs, which will affect our members.

"Abellio appears, perversely, to want Scotland's railway network to contract and decline rathe than to expand and grow. But we want the railway to thrive to help our economy succeed. Because rail is the green transport solution. It would be ironic if, in the year this country hosts COP26, Abellio ScotRail drives people, and goods, back onto our roads."

Save Our Scotrail - Joint Letter to First Minister