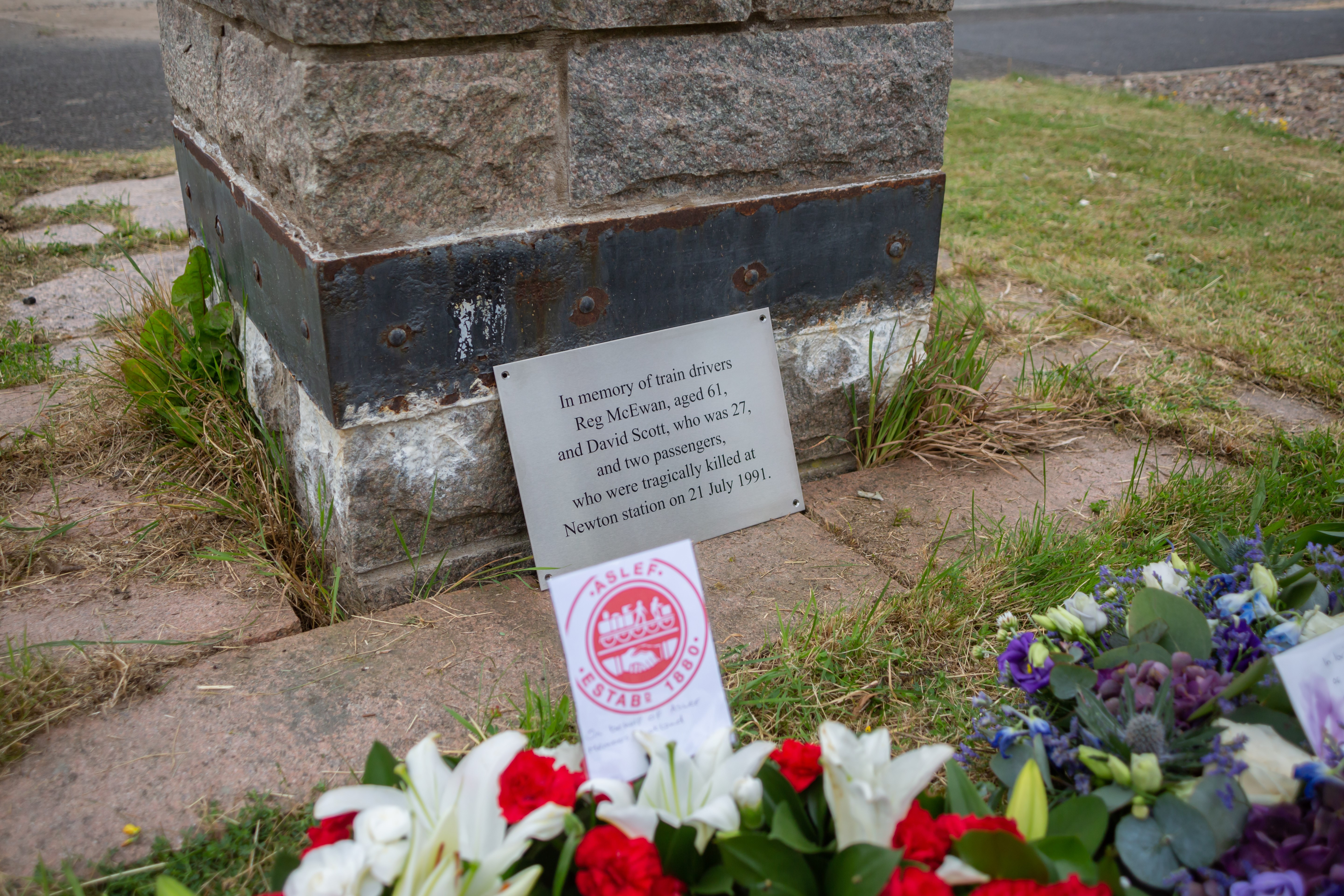 A short service of commemoration was held this morning at Newton station, led by Railway Chaplain Graham Whitehead. 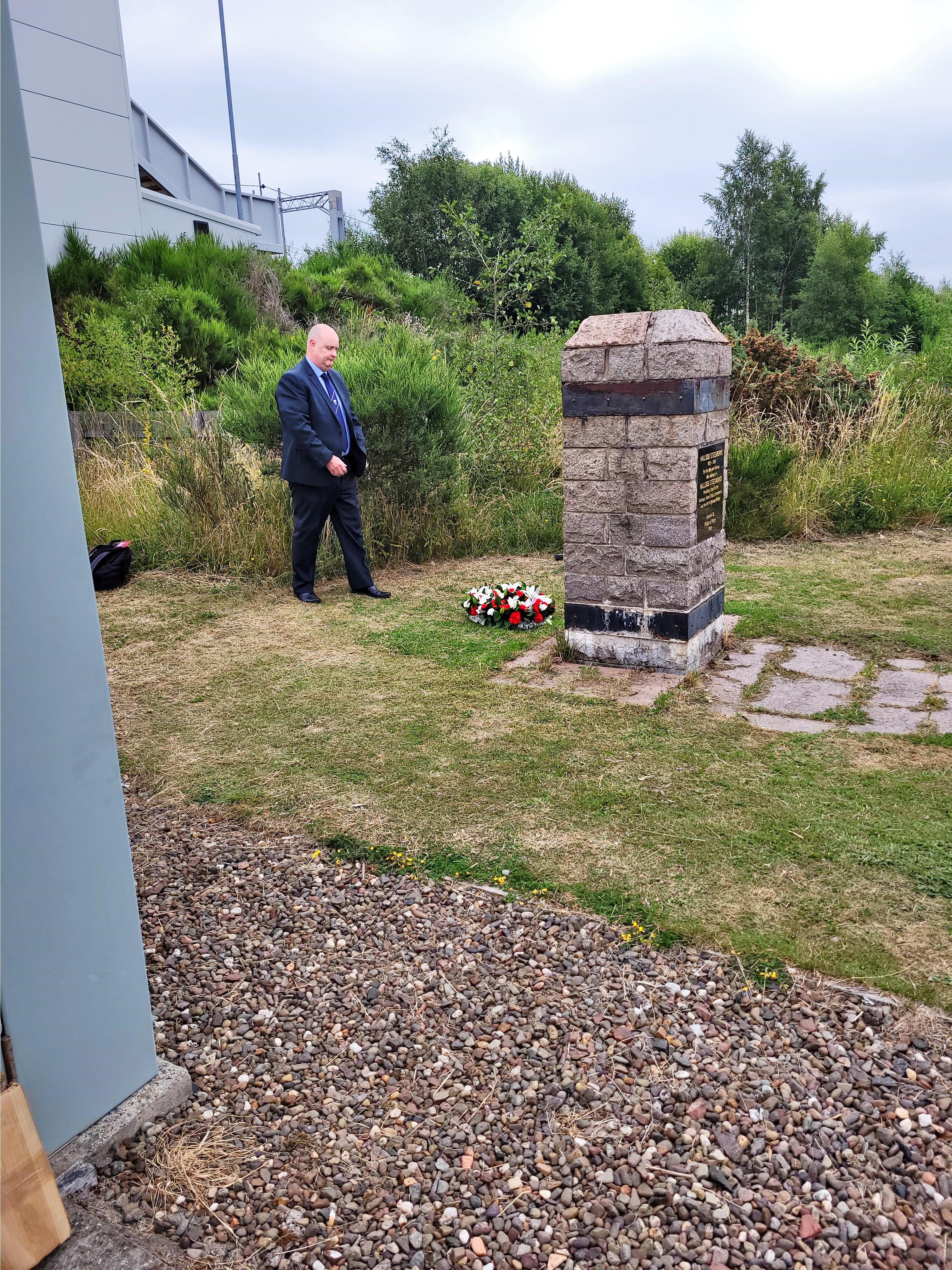 ASLEF's Organiser in Scotland, Kevin Lindsay, attended the memorial and laid a wreath on behalf of ASLEF.

Stuart Scott, Motherwell branch, who is the brother of David Scott, one of the two drivers killed in the crash, also laid a wreath and made a short speech.

A wreath was also laid in memory of the victims by ScotRail head of drivers Mark Ilderton.

As we remember tragic events like the crash at Newton thirty years ago today, it is important to continue to be mindful of the need to keep our railway safe for passengers and for staff, now and into the future.

We must never forget the lessons of this tragedy. 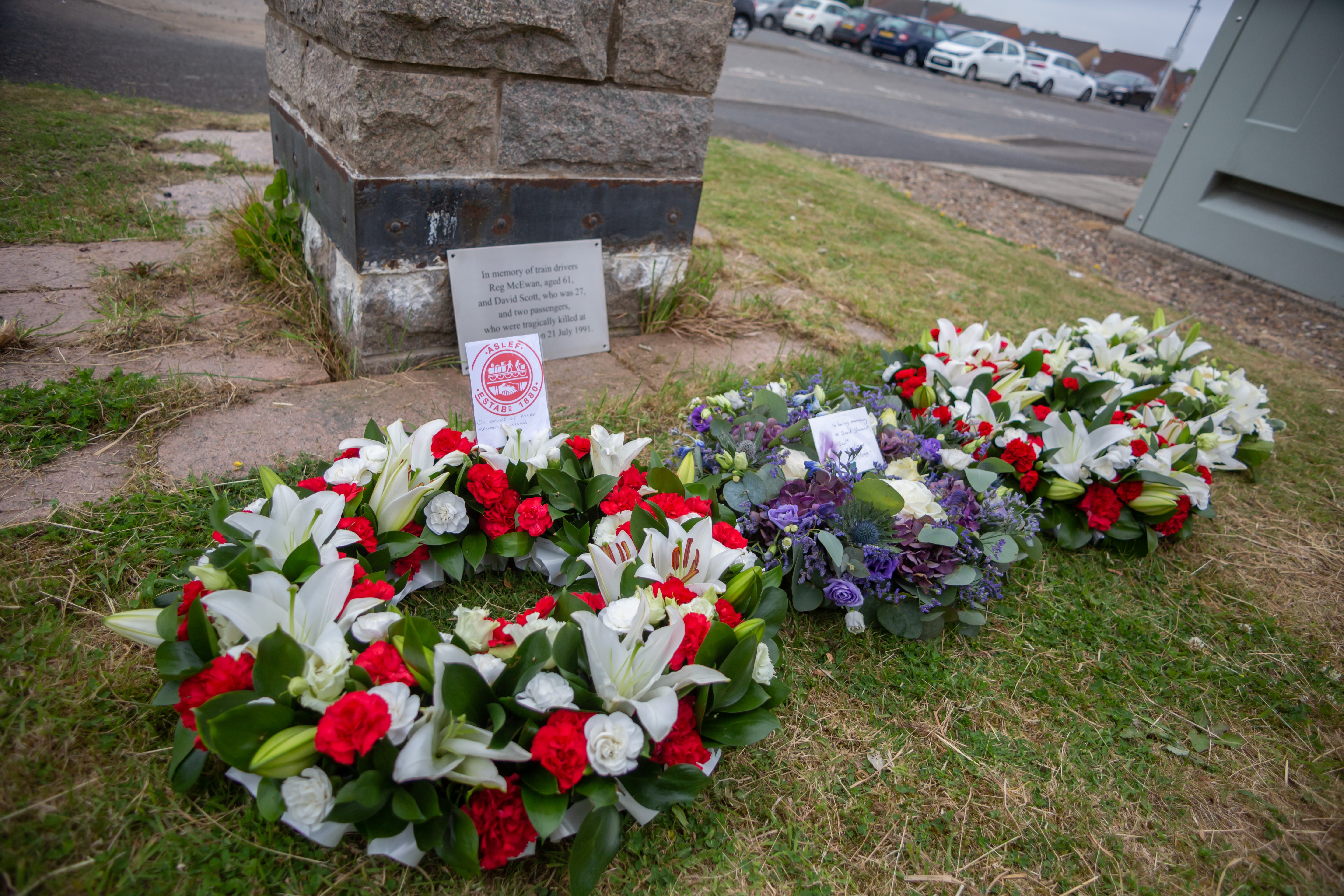 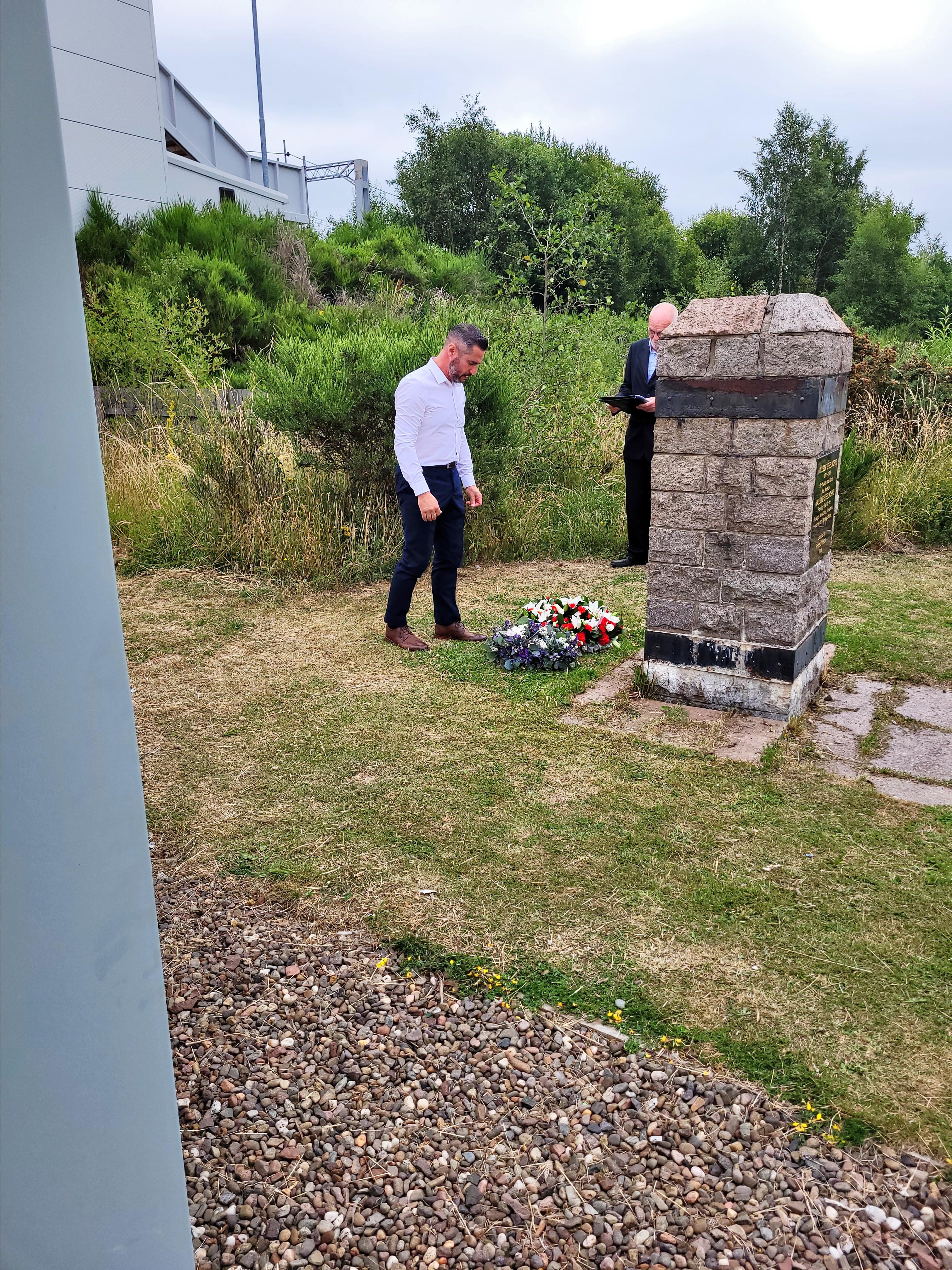 Both Kevin Lindsay and general secretary Mick Whelan commented to the press ahead of the anniversary.