Join the campaign to Save London's Public Transport

Public transport workers will be protesting outside Parliament on Wednesday 1st December over the Government's failure to adequately fund London's transport system.

ASLEF members will join our fellow rail unions, along with speeches from Sam Tarry MP (Shadow Minister for Buses and Local Transport) and Elly Baker AM (Labour lead for Transport at the Greater London Authority).

All ASLEF members are welcome to join. Please bring any flags and banners.

Assemble by 11am on Wednesday 1st December, at Old Palace Yard.

What is the protest about?

There are just two weeks to go before Transport for London (TfL)'s current funding agreement with the Department for Transport expires on December 11th. Talks on future arrangements haven't even started.

TfL's finances were hit hard by the pandemic, when the number of people using tubes, buses and trams fell to almost nothing practically overnight.

London is an outlier among similar world capital cities as it doesn't receive any national government funding as standard.

The UK Government has provided some support to keep TfL going through the pandemic but at each point forced conditions on negotiators which are not fair on Londoners.

London's transport commissioner Andy Byford has warned that, as a result, London is 'staring into the abyss' and TfL is actively planning for 'managed decline', which could lead to service cuts and compromises on maintenance.

The combination of this could see more Londoners forced off public transport and into private cars, resulting in poorer air quality and more carbon emissions. Especially as funding for electric buses and more active travel infrastructure would also be scrapped.

Any attempts to deal with budget shortfalls by cuts to staff numbers and attacks on working conditions or pensions will lead to disputes and disruption for passengers.

The demonstration calling for adequate sustainable funding for London’s public transport system is supported by ASLEF long with unions Unite, RMT and TSSA; the International Transport Workers Federation (ITF) and the TUC.

Mick Whelan, general secretary, has welcomed the news that the government is supporting Transport for London until September.

Boris Johnson Hands Out a Political Punishment Beating for London

ASLEF, the train drivers' union, has condemned the government's attempt to punish the capital. 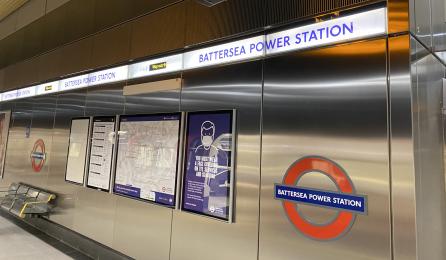