The Department for Transport, Network Rail and Transport for the North consultation over the ongoing rail chaos in the Castlefield Corridor of the Manchester network will have huge implications for the travelling public and for train drivers. 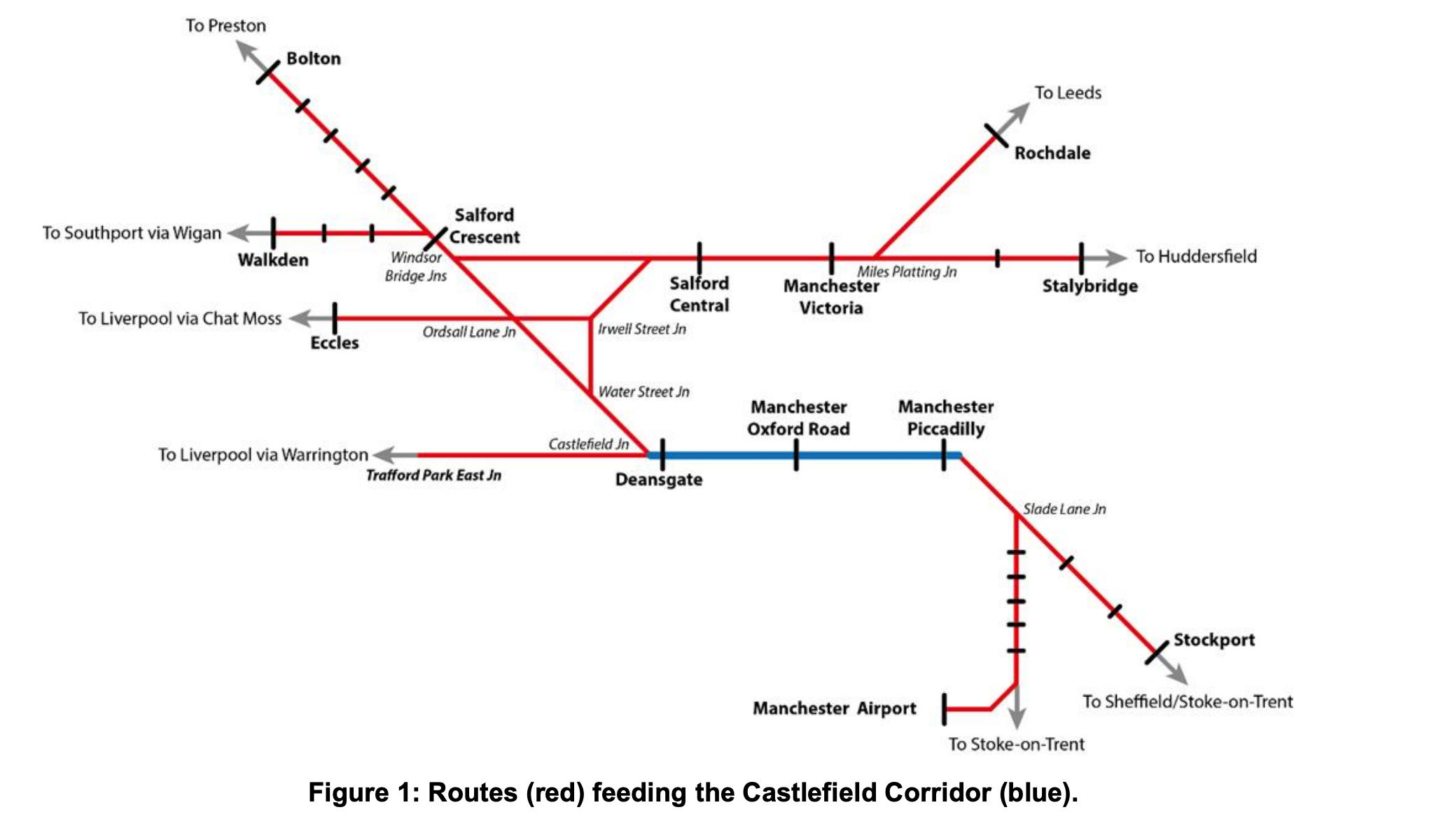 In 2019, the Castlefield corridor was officially deemed to be congested or, in other words, unable to deliver all the train service frequency demands. This is a formal declaration which then compels the train operators and Network Rail to come up with timetable improvements to tackle the issues. Hence the task force.

Several train and freight operating companies travel through Manchester here and trains from Scotland, Wales, Lancashire, the east and north-east of England all struggle to run services through this part of the network.

The Buck Stops with Grant Shapps

So who is to blame for the chaos? Well, despite some improvements with the construction of the Ordsall Chord line, and some electrification, the blunt answer is that, in common with much of the north, successive governments have starved the area of investment on the scale to deal with the real problems. The buck stops with Secretary of State for Transport Grant Shapps. 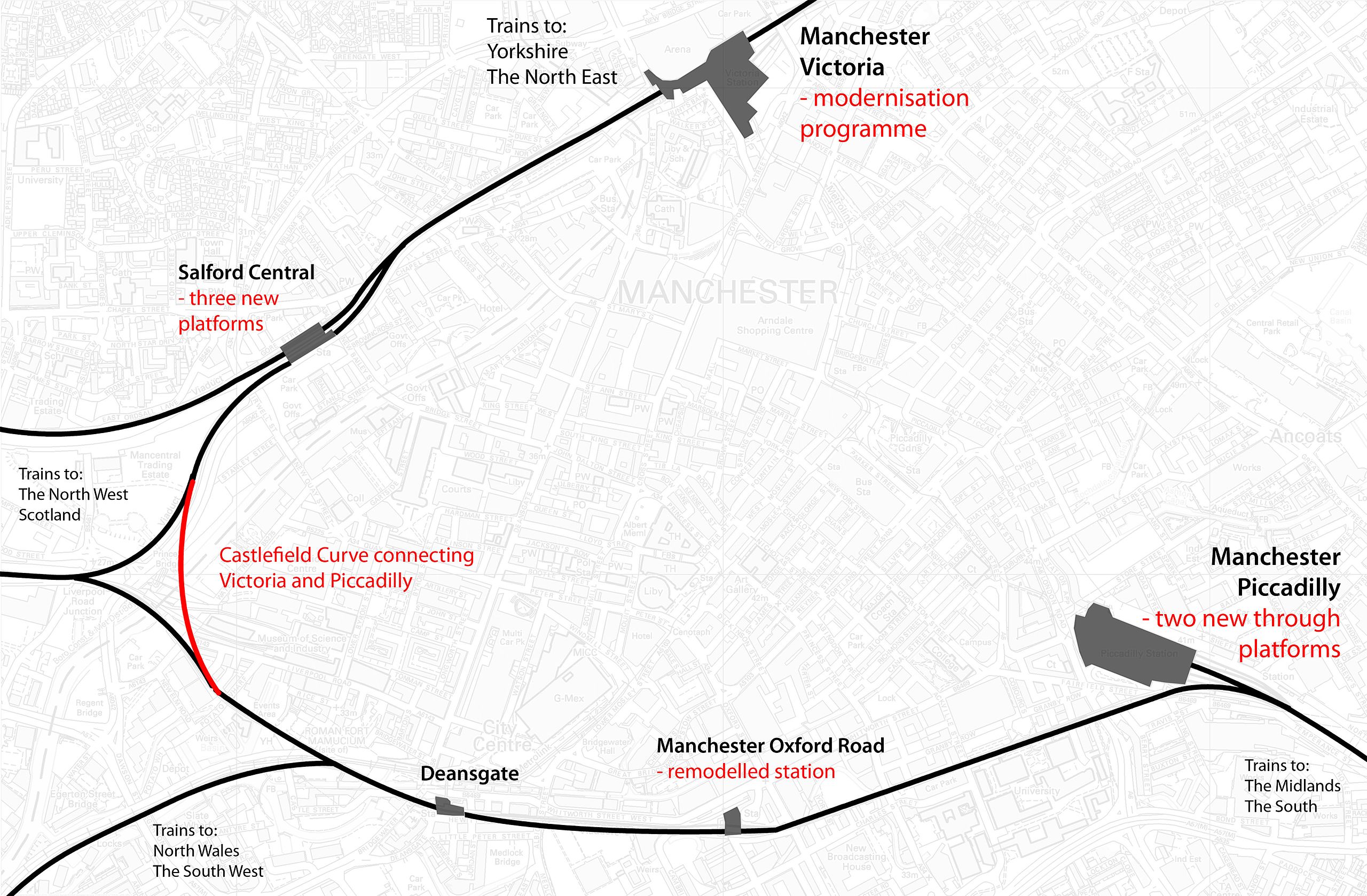 Ambitious plans for increased timetables have been let down by infrastructure improvements done on the cheap.

In short, the Ordsall Chord was developed to connect Manchester Victoria and Manchester Piccadilly stations, but the accompanying work to increase the number of available lines and platforms through the Castlefield Corridor wasn't completed. This has obviously led to congestion.

So much for the government's 'levelling up' con trick. And now, on top of all that, we are acutely aware of the impact of covid on our industry in terms of usership.

On seeing the consultation, it was obvious to ASLEF members in the area that any of the options would result in huge turmoil for drivers' route knowledge and potentially the types of traction they would need to drive. There would also need to be a lot of complex diagramming/shift changes. The changes would affect depots right across the north and midlands - and drivers working from many operators - so the impacts cannot be underestimated.

ASLEF's Wigan branch held a meeting via Zoom to discuss the issue with District Organiser Andy Hourigan and Executive Committee member John Metcalfe. The branch has also worked with their local MP, Lisa Nandy, who has written to the Secretary of State on the issue, and Andy is taking up with issue with Andy Burnham, the Labour Mayor of Greater Manchester.

There is a lack of investment in this part of the network, and a lack of clear strategy. One bizarre example of this chaos is hearing Transport for the North heralding the funding to open a new station at Golborne (closed by Beeching) in one breath, whilst in another breath proposing, through consultations, that all the trains that are supposed to make the station financially viable are now being routed via Bolton and won't even call at Golborne!

District 3 representatives will continue to campaign against this changes which could be disastrous for the area.

ASLEF has also submitted a formal response to the consultation, making it clear that none of the options are suitable and that additional investment must be put into the area to increase capacity and make the previous improvements viable.

There's little doubt that there is a need to sort out the trains in and around Manchester, but it must but structured and fully funded to make sure rail in the north is as efficient and effecitve as it can be.

ASLEF's Wigan branch wrote to Councillor David T Molyneux, Labour Leader of Wigan Council, regarding the particular issues with proposed changes to - and removal of - services in the Wigan area. This is Cllr Molyneux's response:

Thank you for contacting me. We, too, are confused. We were absolutely delighted about the news of funding for a station at Golborne, and then we, too, found out about the public consultation which suggests that the diversion of the hourly fast train from Cumbria to Manchester airport via Wigan North Western, to run instead via Bolton, is a foregone conclusion. As you note, this would undermine the case for the new station at Golborne, as the proposition is that it would be served by that service.

As you also note, there are a range of service frequency reductions proposed between Wigan and Manchester via Atherton. We are very much aware that services operating along this route are often at, or over, capacity during peak times. If services are to be reduced ‘to allow additional carriages to be added to other services to maintain peak capacity’, there must be a guarantee that capacity will be maintained. In addition, further information is required to understand whether service frequencies at any of the stations on that route would be disproportionally affected as a result of the proposed changes.

We will be taking these matters up directly with the task force, and with a number of the component organisations, notably the DfT, Network Rail, Transport for the North, and TfGM, as well as the GMCA and the GM Mayor.

I will also get in touch with Lisa Nandy, MP for Wigan, and others to discuss how we might work together on this. We will need a broad-based campaign and it would be good to have your support.