ASLEF members on Tramlink struck solidly today with dozens taking part in picketing at their depot in Croydon on the first day of their 48-hour strike.

"Our members were magnificent today," said ASLEF Executive Committee member Terry Wilkinson who joined the picket line, "their solidarity and determination are an inspiration".

Dozens of drivers took part in picketing from the early hours of the morning with some doing day long stints while other came along in shifts to show support. Almost half the entire workforce were on the line at different times today with many others arranging to join tomorrow. There was great support from passing motorists who hooted support and from members of other unions who refused to cross the picket line.

The only people who seemed unhappy were management. Having already been forced to apologise after attempting to intimidate a driver to break the strike at the weekend, one senior manager threatened to call the police for no apparent reason and then returned to rudely abuse the pickets.

“If staff spoke to a manager the way that senior manager spoke to us, we would be on a disciplinary” pointed out one driver. “I guess their 'respect' policies don’t apply to them.”

The picketing today showed the strength of feeling among our members. Management bad behaviour has only strengthened their determination to win a fair pay offer and be treated with respect at work.

What's the strike about? 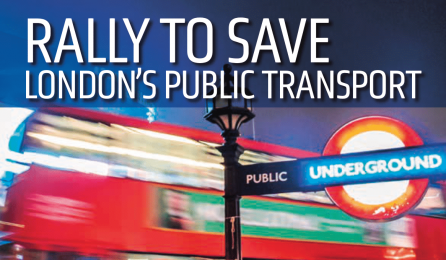 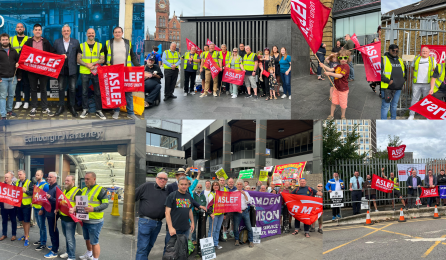