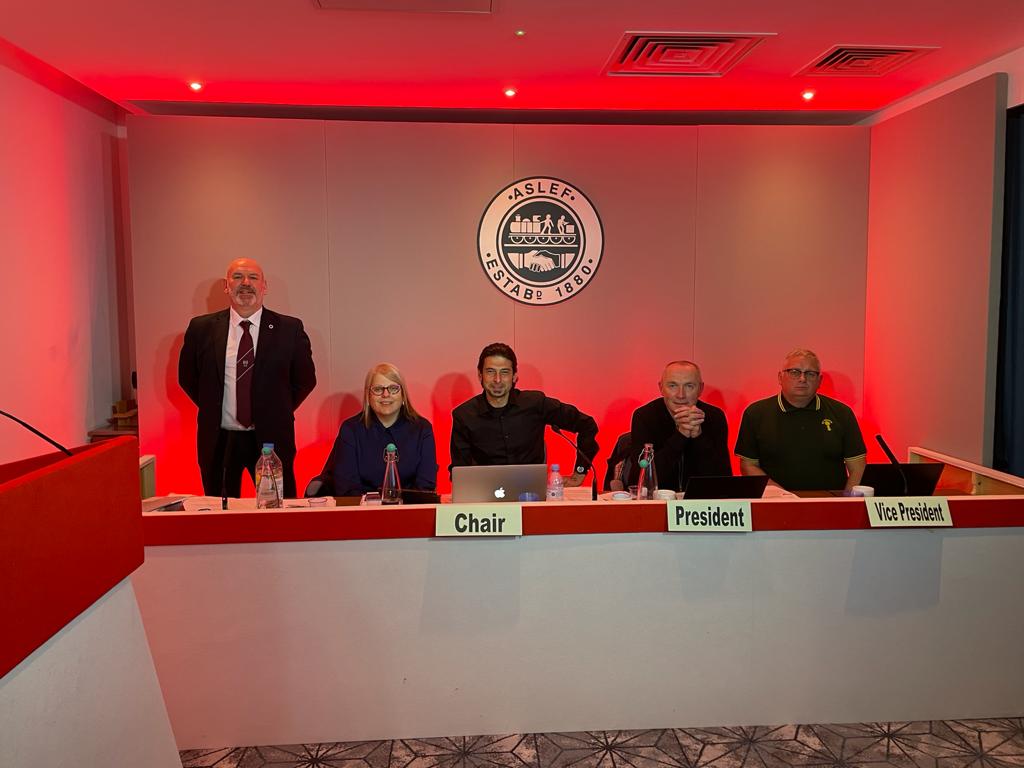 Donald Anderson, Glasgow, speaking on Friday morning on the health and safety report, praised the work of DO2 Kevin Lindsay and EC2 Jim Baxter after the accident at Stonehaven in August 2020, and made the point that Network Rail has to ensure that such a tragedy does not happen again by maintaining the infrastructure to prevent another landslip.

CHRISTIAN CARROLL, Waterloo Nine Elms, on Friday afternoon condemned companies whose ‘main priority in the design, production, and issuing of uniform is one of branding and corporate image’. Poorly-designed, ill-fitting, cheap uniforms are a barrier to carrying out some duties correctly. Christian called on the EC to draft minimum standards for drivers’ uniforms for all TOCs and FOCs. The motion was carried unanimously 80-0.

THE PEOPLE’S FLAG IS DEEPEST RED

AAD ended, in the traditional way, at 5.25pm on Friday afternoon with The Red Flag, led, acapella, by Dave Vaughan, Newton Heath, and an accomplished folk singer as well as a train driver and union activist. 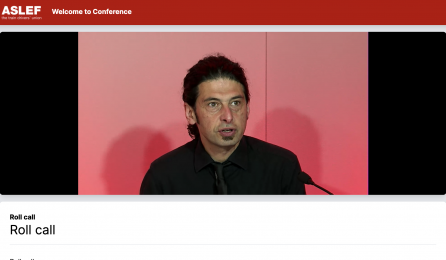 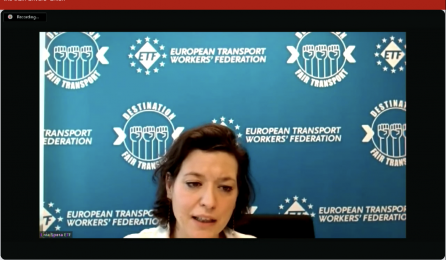