Rail freight is safer, greener and quicker than road and should be prioritised as part of an integrated system of moving goods around the country.
 
SHARE

Goods, supplies and waste need to be moved around the country. If all of this freight had to be moved on the roads, the country would be in permanent gridlock, not to mention a fog of exhaust fumes.

Rail freight is at risk

Rail freight is completely privatised, so there's no 'too big to fail' guarantee. If a freight company fails, it fails. Jobs are lost and services don’t operate.

Passenger rail franchise operators have the security that government is effectively forced to bring the franchise back in house of the operator gives it back. Freight operators don't have that option.

A properly-organised freight system, as part of a full industrial strategy for the country, would see a range of different freight modes being used together to ensure the most efficient and environmentally friendly freight movement. This might include containers travelling by water, rail and then road for the final miles to their destination, or waste travelling by rail right from the heart of cities out to a processing plant or port.

The government talks the talk but doesn't actively support rail freight. A bit like its lack of industrial strategy, the UK Government does not have a plan to increase the use of rail freight.

Some improvements have been made to the freight infrastructure – such as additional track paths at the port of Felixstowe – but without comprehensive improvements to the whole network these extra lines aren’t going to make much improvement. There have also been projects cancelled and partially completely recently which would have improved freight provision. Due to the periodic nature of government funding it is not clear whether these will ever get back on track.

Rail freight is already greener than road freight. HGVs produce significantly more emissions than the equivalent rail journey. If Britain's railway was fully electrified the difference would be even more vast. Lighter and cleaner freight locomotives would have a whole host of benefits including improved air quality and a better environment for drivers.

than HGVs for the equivalent journey

We're campaigning to the government to electrify the railway – click here to find out more.

HGVs on the roads are:

It's important that rail freight is considered alongside other policies. Rail is an efficient and eco-friendly way to get freight right into the heart of cities, but this relies on infrastructure – enough lines, and depots or interchanges – being available.

As part of a commitment to developing rail freight, the government should commit to ensuring that rail freight is not de-prioritised for passenger services, and that planning guidance allows for terminals and interchanges where they are needed to keep freight moving. 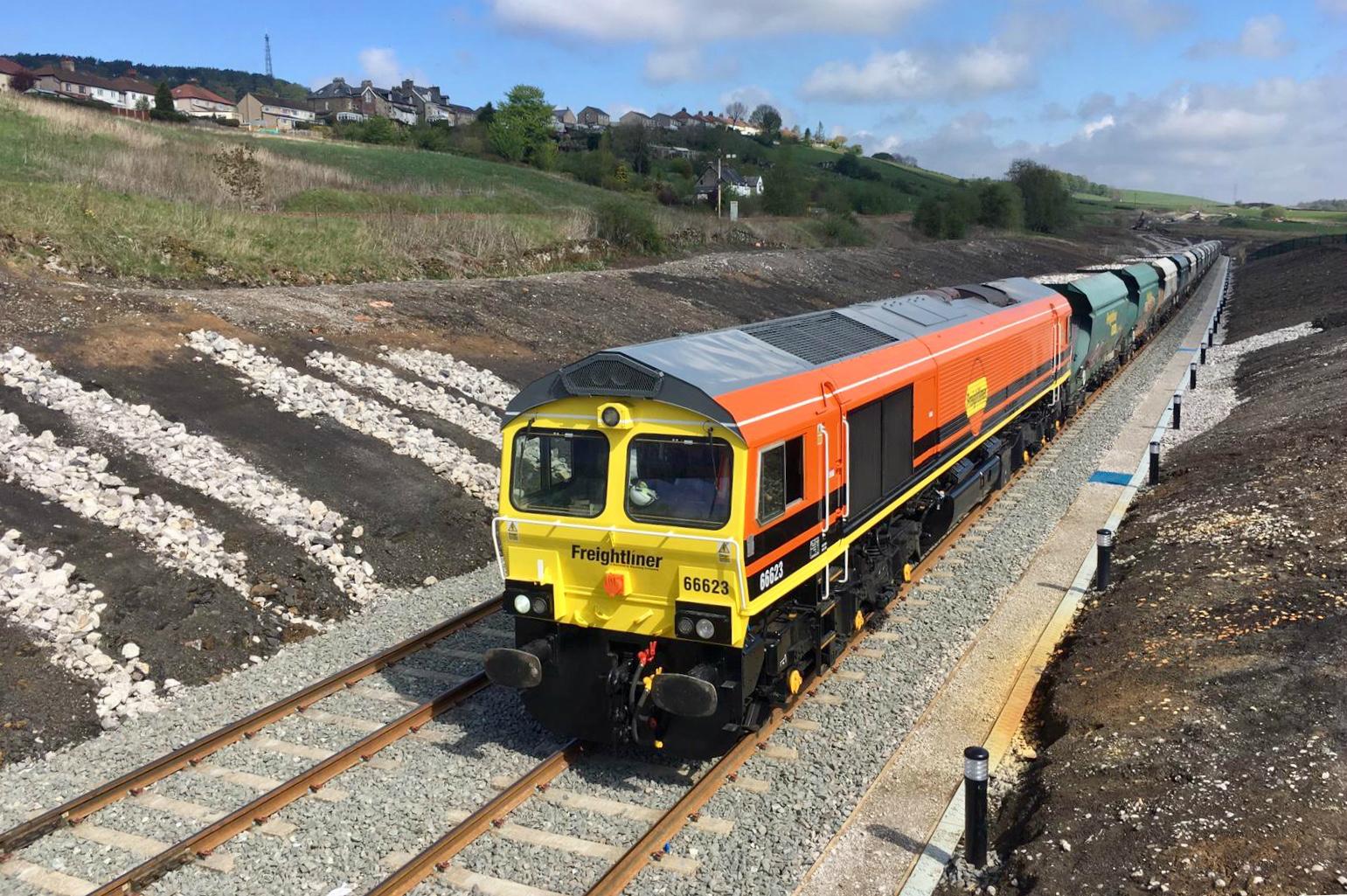