Electrified rail is cleaner, greener and quicker. ASLEF is campaigning for a rolling programme of electrification for Britain's railways.
 
SHARE

ASLEF is campaigning for full electrification of Britain's railways

Currently only 42% of the railway is electrified.

This is significantly less than most of Western Europe.

The rest of the network runs on diesel, with the exception of a few small battery-powered lines.

Electrified rail is significantly less polluting than diesel. The country is facing a climate crisis, and an urgent need to decarbonise transport in line with the Kyoto and Paris agreements. Electrifying the railway could go a long way towards supporting this goal.

Carbon emissions from diesel trains are not just potentially harming to drivers and passengers, but can also affect people waiting in stations and communities living near to the tracks.

Electric trains also weigh less than diesel trains (because they don't need to carry tanks full of fuel). This means they can accelerate faster, reducing the amount of time needed for station stops, and the lighter trains cause less wear and tear to the infrastructure. This in turn saves money on repair and renewal costs.

As part of the government's decarbonisation challenge, proposals to use hydrogen and battery power as an alternative are being tested and there are some battery and hydrogen trains coming onto the line in the UK and Europe. This, however, will likely only ever be a solution for shorter, light passenger routes.

It is also important that where hydrogen is used as a way to power trains, that this is not just as a bolt-on to old and unsuitable rolling stock.

For freight and long-distance journeys there is no viable alternative to electrification that will be able to provide the required power.

Much is made of the cost of electrification, and the government has recently used cost as a reason to cancel several electrification projects either shortly before they were due to start, or part way through. The most striking examples of this are the great western mainline project which was due to reach Swansea but will now stop at Cardiff, and the downgrading of the Transpenine route improvements in Yorkshire.

The costs of electrification could be brought down significantly if the government was to implement a rolling programme of works. At the moment, piecemeal, individual projects each need to hire new strategists, train or upskill workers and set up supply chains every time. One ongoing national project would support the industry and give workers long-term employment security.

If this plan was developed as part of a proper industrial strategy, it would also be able to support UK manufacturing and jobs in a range of sectors in the supply chain.

Get involved in the campaign

We're encouraging government and MPs to develop an ongoing programme of electrification of the railway, and to reverse the recent withdrawal of funding and cancellation of projects.

A rolling programme would mean supply chains, expertise and resources could be retained from one project to the next, rather than having to be created from scratch each time.

Some of the government's recent papers have concluded that electrification is the only way but there is still very little firm commitment to actual projects or a rolling programme.

Watch this space for ways to get involved in ASLEF's campaign for full electrification of our railway. 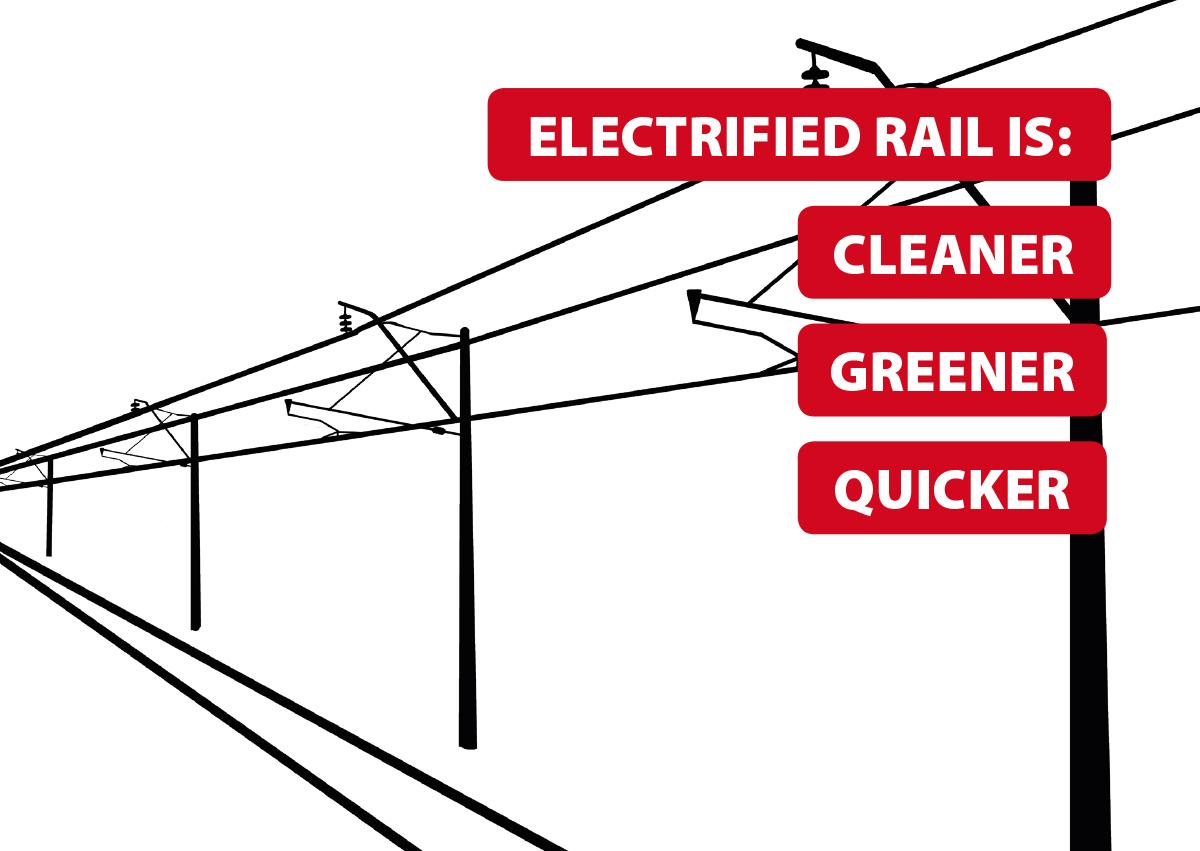