At ASLEF's AAD conference in May 2017 the union launched its new campaign, Mind the Gag! which challenges inappropriate language and promotes dignity and respect in workplaces.
 
SHARE

At ASLEF's AAD conference in May 2017 the union launched its new campaign, Mind the Gag! which challenges inappropriate language and promotes dignity and respect in workplaces. At AAD 2022 ASLEF also released an updated banter factsheet.

Not all banter is funny

The campaign is a joint initiative between the LGBT+, women's, young members' and BAME representative committees.

Mind the Gag! aims to:

The campaign is aimed at empowering people to stand up against offensive 'banter', to encourage others to step in on behalf of those who feel unable to speak out against bullying abuse and just as importantly, to make people think before they say or type something which might be deemed offensive and hopefully prevent grievances and disciplinaries which could lead to dismissals.

The aim of this campaign isn't to stifle debate or stop fun in the mess rooms and on social media but to protect all of our members from bullying and, conversely, dismissal.

1) To try and empower people to stand up for themselves or to speak to a rep first before going to management.

2) To make the mess room self-policing, for others to step in if they think someone is out of order.

3) To stop people going to disciplinary because they have misread their audience.

At ASLEF AAD 2019 the campaign relaunched with a new pledge. Everyone is invited to take the pledge and support diversity in the workplace.

Campaign literature has been sent to all branches and branch equality reps. You can also download the digital versions below.

Join the conversation only by tweeting with the hashtag #MindTheGag or on the Mind The Gag Facebook Page.

Find out more from your branch equality rep or representative committee member, or email equalities@aslef.org.uk 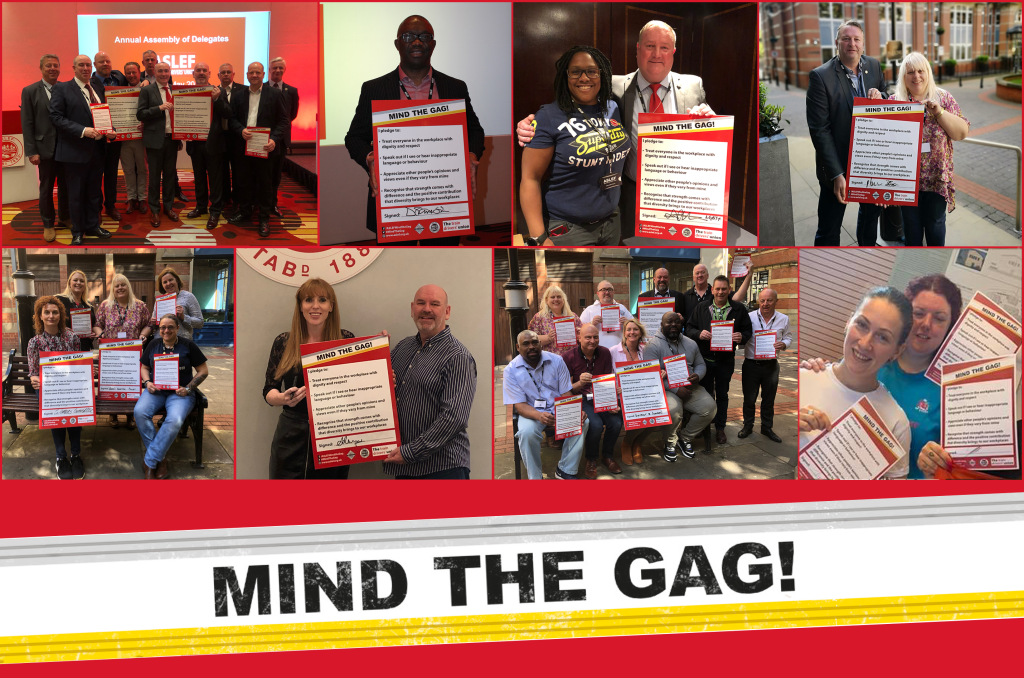 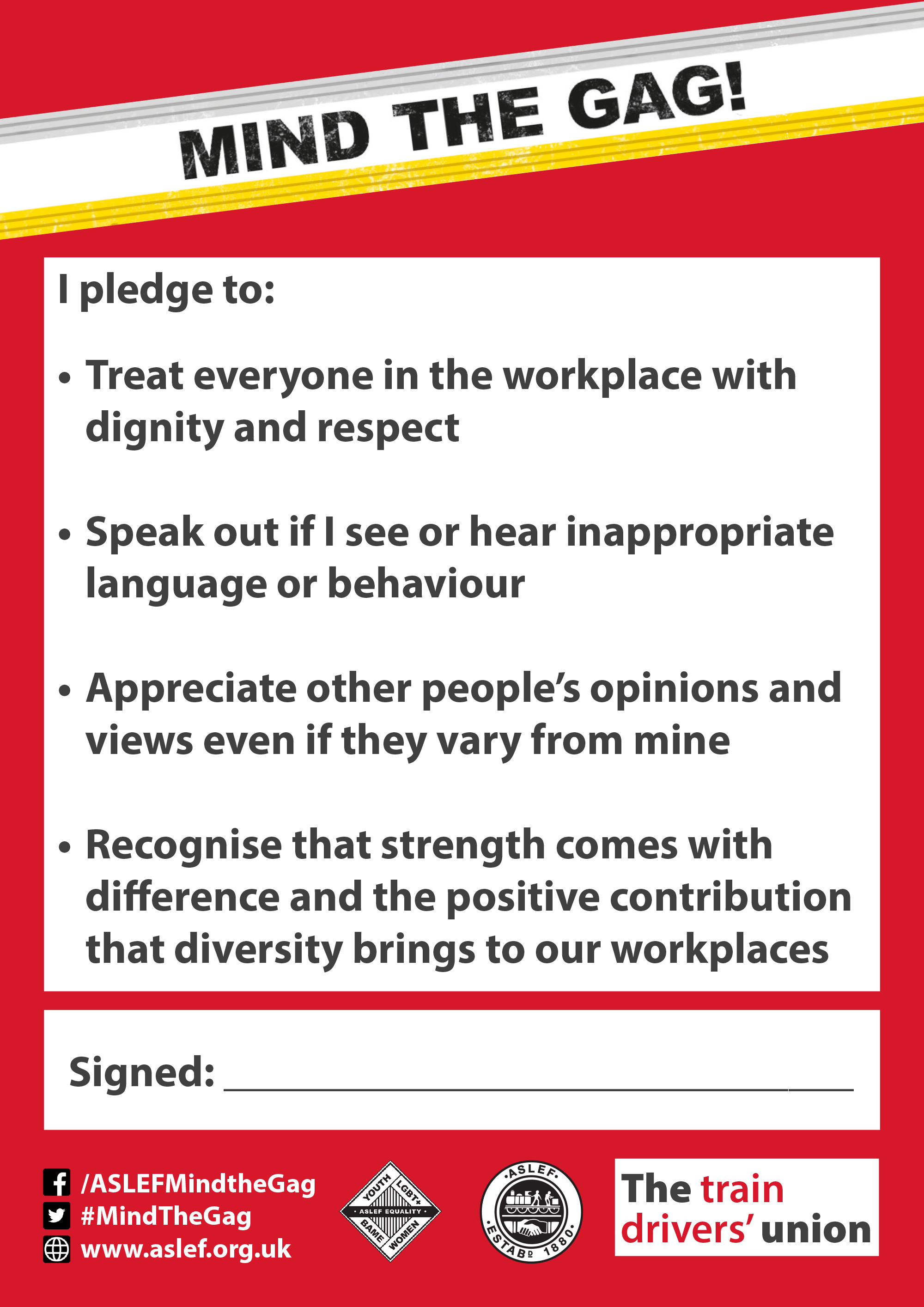